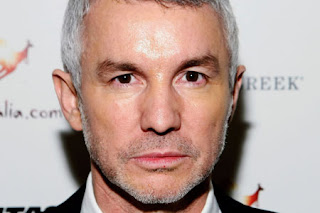 It is rumored that Baz Luhrmann could be stepping down as director of The Great Gatsby.

Reports have recently surfaced showing that all is not well behind the scenes of The Great Gatsby and that Baz Luhrmann may be leaving the production by the end of the week.

Even though Luhrmann has been instrumental in bringing Leonardo DiCaprio, Tobey Maguire and Carey Mulligan to the production he recently made the following statement to Vulture:

“I gotta make a decision in three days time…I think I’ve been a bit shaded out because I want everything to be perfectly positioned on it…There will be news by the end of the week.”

The last news that was revealed about the film was that the film would be shot in 3D and that Luhrmann was hard at work. I have a feeling that this report/rumor is being blown out of proportion and things are truly not this bad. Let’s hope that fans of Luhrmann and the project, like myself, get some better news later this week.
What are your thoughts on this rumor? If Luhrmann leaves, who do you want to see direct the film?

Are Two Actors Playing The Hulk In THE AVENGERS?