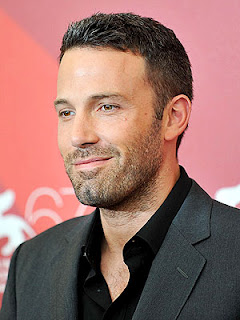 Ben Affleck is currently in talks to direct Argo based on an article from Wired magazine about the Tehran hostage crisis.
The political thriller is said to also contain elements of wry humor will produced by George Clooney and Grant Heslov are producing. Chris Terrio penned the screenplay and David Klawans is also helping produce the film.
Joshuah Bearman‘s article, “How the CIA Used a Fake Sci-Fi Flick to Rescue Americans from Tehran” was published in April 2007. The story follows the CIA’s and the Canadian government efforts to rescue six U.S. diplomats. during the occupation of the American embassy by Iranians in 1979.
The CIA used a disguise expert and concocted a scenario that involved the six being a Hollywood crew scouting a movie titled Argo. Under those disguises, they were able to flee the country. Legendary comics creator Jack Kirby was involved in the extraction plot. The CIA used Kirby’s movie designs and drawings to sell the existence of the movie.
As you might expect, Affleck has been offered a slew of directing gigs since the success of The Town. Argo is the project that looks the most likely for him to take on. I just rewatched The Town this week and think Affleck is an amazing actor and director and look forward to seeing him behind the camera. It would be even better if he is offered a role in the film as well.
What are your thoughts of this news?
Source: THR

Stephen King shares his thoughts on THE STAND