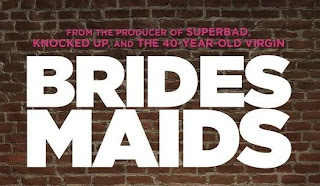 Here’s the poster for a comedy called Bridesmaids produced by Judd Apatow (Knocked Up) and directed by Paul Feig (Arrested Development, The Office) and written by Kristen Wiig (SNL). 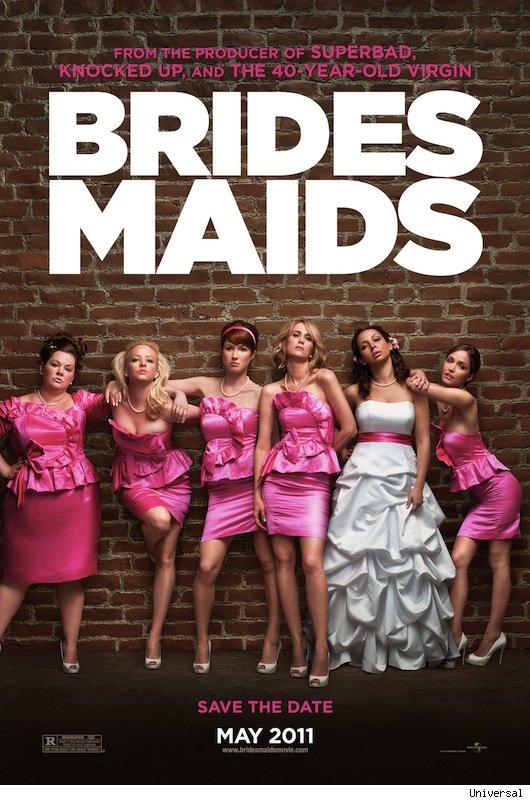 Wiig stars as a character named Annie, a maid of honor whose life unravels as she leads her best friend, Lillian (Maya Rudolph), and a group of colorful bridesmaids (Rose Byrne, Melissa McCarthy, Wendi McLendon-Covey and Ellie Kemper) on a wild ride down the road to matrimony. The question is can Annie keep her personal issues at bay while she tries to plan the perfect wedding?
This looks like a pretty cool movie and one that I am looking forward to seeing. I think Kristen Wigg is absolutely hilarious. Bridesmaids will open in theaters May 13th 2011.
Source: Moviefone