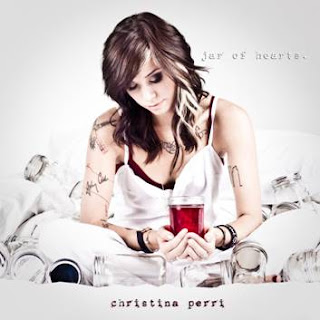 Christina Perri’s hit single “Jar of Hearts” has officially gone platinum with no signs of slowing down. The track jumps 27-23* this week on R&R’s Top 40 Chart and is continuing its steady climb to Top 5 at Hot AC, currently #7* on that chart.  It also climbed 17-15* on Billboard’s singles chart last week, with 89,000 downloads. Keep reading about a special twitter contest and for a full list of tour dates!

, timed to fall around the release of her full length debut, lovestrong.
A Valentine’s Day Twitter contest kicks off February 9th in which photos of a jar filled with candy conversation hearts will go up on www.ChristinaPerri.com.  Fans can enter by tweeting @ChristinaPerri their guess of how many hearts are in the jar followed by the #jarofhearts tag.
On Valentine’s Day the fan who tweeted the correct or closest guess will win signed prizes from Christina Perri!