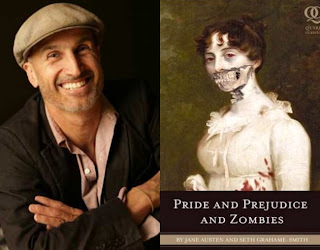 Craig Gillespie has been hired to direct Pride & Prejudice & Zombies. Let’s just hope he sticks around long enough to see the film through!

Vulture reports that Gillespie (Lars and the Real Girl) is set to direct the feature adaptation of Seth Grahame-Smith’s revisionist take on the story of Pride & Prejudice. The film has not been able to keep any of it’s directors, David O. Russell and Mike White dropped out almost as soon as they signed on.

Gillespie just wrapped a remake of 1985’s Fright Night which is being released this August. I am interested to see his take on the film, it must be good if Lionsgate decided to hire him for the gig. I am very excited for Fright Night and love anything having to do with zombies.