Dakota Fanning goes on a GIRLS’ NIGHT OUT 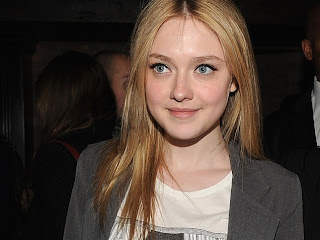 Dakota Fanning has been cast in a new romantic fairytale called Girls’ Night Out to be directed by Michael Hoffman (The Last Station, One Fine Day), and written by Trevor De Silva.
The story set against the backdrop of V.E. Day in 1945, and “Dakota will play teenage Princess Margaret, the current Queen’s sister, who is allowed out from Buckingham Palace for one night to join in the celebrations. Alongside her yet-to-be-cast sister Elizabeth, the two have an adventurous night on the town.”
This is going to be a big hit with the tween crowd, which I don’t fall into. This will likely be a film I skip unless my wife drags me to see it.
What are your thoughts on this casting news?
Source: THR

Famke Janssen to star in HANSEL AND GRETEL: WITCH HUNTERS

Dakota Fanning goes on a GIRLS’ NIGHT OUT