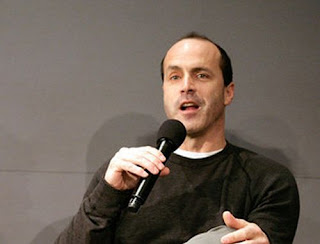 Earlier it was reported that DJ Caruso was going to adapt the book Beat the Devil as his next project and that Leonardo DiCaprio was likely to star for New Regency/Fox. According to Fox, that is not the case.
BadAssDigest reports that Caruso has not met with the studio about the film, so the idea of it being his next is far fetched. What makes this news even worst is that The Playlist’s source is Caruso himself! The director seems to have really jumped the gun. This could definitely happen, but Caruso will not be directing it next.
Brian Koppelman and David Levien wrote the script based on the novel by Josh Bazell. Read the synopsis from Publisher’s Weekly below:

Making a hit man turned medical intern a sympathetic figure would be a tall order for most authors, but first-time novelist Bazell makes it look easy in this breezy and darkly comic suspense novel. The Locanos, a mob family, take in 14-year-old Pietro Brwna (pronounced Browna) after a couple of thugs gun down the grandparents who raised him in their New Jersey home. Bent on revenge, Pietro pursues the killers and executes them a year later. Impressed by Pietros performance, David Locano recruits Pietro as a hit man. After more traumas, Pietro tries to make a break from his past by entering the witness protection program. Now known as Peter Brown, he eventually lands a position as a doctor at a decrepit Manhattan hospital, where by chance a former Mafia associate turns up as a patient and threatens to rat him out. The hero’s wry narrative voice, coupled with Bazells artful use of flashbacks to sustain tension and fill in Pietro’s past, are a winning combination.