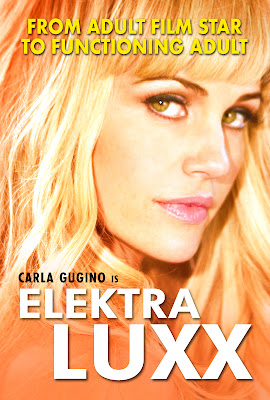 The first trailer has arrived for Elektra Luxx!

Synopsis:
Recently retired from the adult film industry, superstar Elektra Luxx (Carla Gugino) is pregnant with the child of late rock star Nick Chapel. She is trying to make ends meet by teaching a community college sex education class aimed at housewives when a figure from her past, flight attendant Cora (Marley Shelton), approaches her with a proposition. In exchange for the (stolen) lyrics to Nick Chapel’s last record, all of which is about Elektra, Cora needs Elektra to seduce her fiancee. Elektra reluctantly agrees to do this favor, setting in motion a series of hilarious events which will see her come face to face with detectives, sex bloggers, emotionally unstable neighbors and the Virgin Mary herself as she wrestles with the prospect of motherhood and tries to become a person of substance.
The movie is set to be released in March 2011. Check out the trailer and share your thoughts!