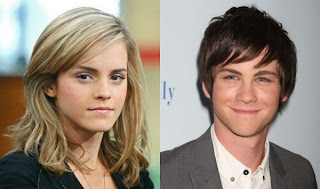 Summit Entertainment has bought the film rights to The Perks of Being a Wallflower. The film stars Emma Watson (Harry Potter) and Logan Lerman (upcoming The Three Musketeers) with filming scheduled to begin this summer.

Stephen Chbosky (Rent musical) is set to write and direct based on his novel of hte same name. Lianne Halfon and Russell Smith are producing the project under their Mr. Mudd productions banner. Mr. Mudd’s John Malkovich will executive produce.

Here is what Erik Feig, Summit’s President of Production, had to say about the project:

“Every so often you read a book that reminds you what life was really like at a particular age in all its wonderful and terrible details or if you’re lucky enough to read it at the right time in your life, it can change the course you’re on and make you think things are actually going to be ok. ‘The Perks of Being a Wallflower’ is that book and we are thrilled for the opportunity to turn it into that kind of movie as well. We know we are off to the right start with Stephen directing, with Emma and Logan starring, and with our talented producer team.”

The Perks of Being a Wallflower is a “coming of age story about 15-year-old Charlie (Lerman), an endearing and naive outsider, coping with first love (Watson), the suicide of his best friend, and his own mental illness while struggling to find a group of people with whom he belongs.”

Logan Lerman is a good actor, but he is getting a little old to play a 15-year old. I am looking forward to seeing the Watson outside of the Harry Potter universe.