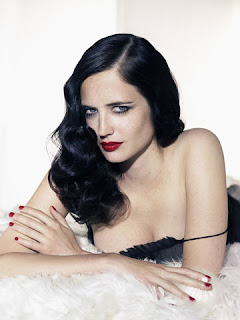 Green will play the character of Angelique Bouchard Collins. In the original series, Angelique was a witch trapped in a love/hate relationship with Vampire Barnabas Collins (Depp).
The long-running series had over 1,225 episodes, and featured a great deal of Gothic horror players like vampires, monsters, witches, werewolves, ghosts and zombies. So it seems like they’ve never gone out of style.
Earlier this we reported that Jackie Earle Haley will likely star as Willie Loomis, a notorious con artist who comes to Collinwood bent on swindling the reclusive matriarch Elizabeth Collins Stoddard. It was also revealed that Bella Heathcote is the first choice to play Victoria Winters in the film, the young governess of the Collins estate.

This film will reunite Depp and Burton for the eighth time and I am super excited! Depp and Green should have good chemistry on screen.

What are your thoughts on Green being cast in the film?