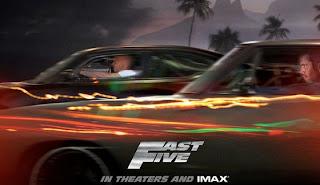 Universal has released the first poster for the upcoming film Fast Five, the fifth installment of the Fast and the Furious movie franchise. I honestly can’t believe there are five of these movies now. These movies a guilty pleasure and I will definitely be seeing this in theaters. 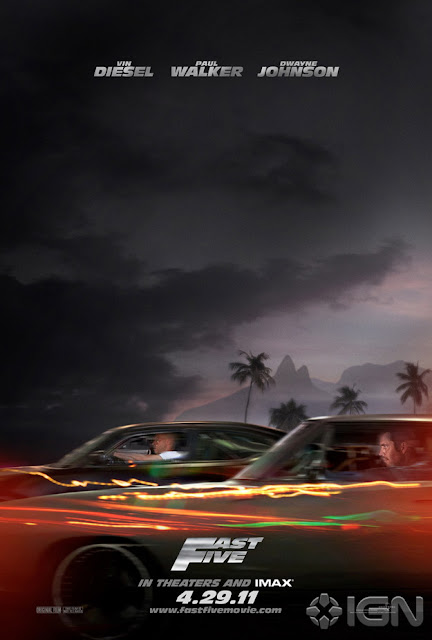 The great thing that I love about this franchise is it keeps going. We don’t just recycle things. So in the sense of visual style, the action sequences and even the characters’ journeys – it’s been about, I don’t know, 10, 11 years since the first one and this one – there is a maturity to the characters, to the action. And I think there’s a lot more at stake.

You definitely will see a growth and a maturing of their relationship to be sure. In the other ones, it’s always been a little more of that struggle, and Brian was always trying to catch Dom. Now you’re going to see a little more of this brotherhood that’s always been promised in the other ones. I feel like that’s something that everyone’s been waiting to see. And I think you’ll definitely get some of that here.”

The movie is scheduled to be released in theaters on April 29th 2011.
Official Synopsis:
Vin Diesel and Paul Walker lead a reunion of returning all-stars from every chapter of the explosive franchise built on speed in Fast Five.  In this installment, former cop Brian O’Conner (Paul Walker) partners with ex-con Dom Toretto (Vin Diesel) on the opposite side of the law.  Dwayne Johnson joins returning favorites Jordana Brewster, Chris “Ludacris” Bridges, Tyrese Gibson, Sung Kang, Gal Gadot, Matt Schulze, Tego Calderon and Don Omar for this ultimate high-stakes race.
Since Brian and Mia Toretto (Brewster) broke Dom out of custody, they’ve blown across many borders to elude authorities.  Now backed into a corner in Rio de Janeiro, they must pull one last job in order to gain their freedom.  As they assemble their elite team of top racers, the unlikely allies know their only shot of getting out for good means confronting the corrupt businessman who wants them dead.  But he’s not the only one on their tail.
Hard-nosed federal agent Luke Hobbs (Johnson) never misses his target.  When he is assigned to track down Dom and Brian, he and his strike team launch an all-out assault to capture them.  But as his men tear through Brazil, Hobbs learns he can’t separate the good guys from the bad.  Now, he must rely on his instincts to corner his prey…before someone else runs them down first.
Source: IGN