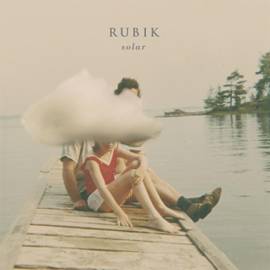 Rubik announced their third full-length album, Solar, is scheduled for release in April via Paper Tiger/Fullsteam Records. Listen to their new track, “Laws of Gravity” below!

“Laws of Gravity”:
Rubik: Laws Of Gravity by Fullsteam

Here is the official press release:
New York, NY – Finland’s experimental indie pop masters Rubik are set to release their third full-length studio album Solar out April 2011 on Paper Tiger/Fullsteam Records.  Solar was conceived during the hottest summer of our lifetime in Helsinki’s Kulttuuritalo (“House of Culture”), a historical brick-walled venue designed by Finnish architect giant Alvar Aalto in the 1950’s. Kulttuuritalo is best known for hosting concerts of historical artists such as John Coltrane, Queen, Frank Zappa, Gil Evans and Jimi Hendrix.  Fittingly then,Solar, produced and recorded by the band themselves and mixed by Ben Allen (Animal Collective, Deerhunter, Gnarls Barkley) absolutely cooks.
Solar follows the release of the critically acclaimed sophomore album Dada Bandits – which was released in September 2009 and was the band’s US debut.  Rubik toured relentlessly in North America and Europe to support Dada Bandits and earned slots at some of the top festivals in the world: Roskilde, Øya, Primavera Club, and CMJ.  In addition, the album found the band being invited to recorded sessions for Daytrotter and KEXP among others.  As a result, the band shared the stage with some of the genre’s most esteemed artists including LCD Soundsystem, Robyn, The Pains Of Being Pure At Heart and Caribou.
Now, with their US sophomore release Solar, expect more of the bright yet brawny indie pop Rubik has impressed critics with when they released Dada Bandits.  Solar spans the gamut with tracks of shiny synth pop to twisted folk-pop and following the April 2011 release the band will tour the US.
Check out new music from RUBIK:
www.rubikband.net
www.facebook.com/rubikband
www.myspace.com/rubikband
www.twitter.com/rubikband