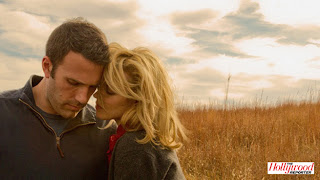 Here is the first official image from the upcoming untitled Terrence Malick film, courtesy of The Hollywood Reporter.
Not much is currently known about the film other than it’s a romantic drama and features an ensemble cast that includes Javier Bardem, Olga Kurylenko, Rachel McAdams and Ben Affleck.

This film has already been shot and Tree of Life has yet to hit theaters. What are your thoughts on both of the films Malick has on the horizon?

Terrence Malick’s THE TREE OF LIFE Poster And Trailer