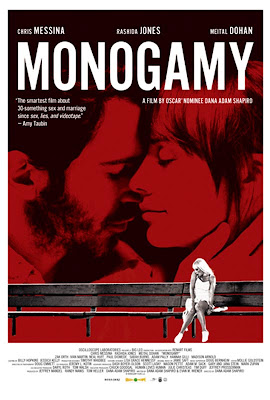 Synopsis:
Exhibitionism, voyeurism, jealousy, lust. Brooklyn wedding photographer Theo’s (Chris Messina) side business shooting surveillance-style photos of clients on the sly takes an unexpected turn—and creates a rift with his fiancée (Rashida Jones)—when he’s hired by a provocative mystery woman (Meital Dohan). The first narrative feature from Oscar®-nominated director Dana Adam Shapiro (Murderball), Monogamy fuses an absorbing mystery-thriller and a taut relationship drama.
The film was shot entirely on location in Brooklyn and downtown Manhattan at sites such as The Brooklyn Social Bar in Carroll Gardens, the Jalopy Theater in Red Hook, at a loft in the Navy Yard, at the Delancey Street tennis courts, in Prospect Park, and on the Brooklyn Bridge.
Check out the trailer below via Apple and The Film Stage and share your thoughts!
Monogamy is set for release on March 11th, 2011 from Oscilloscope Laboratories.