Is a Johnny Depp cameo in 21 JUMP STREET a possibility? 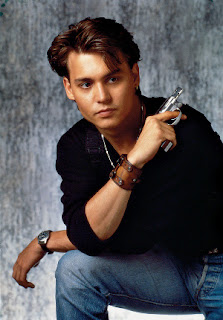 Could a Johnny Depp cameo in the 21 Jump Street movie be a possibility?

I have not been too excited for the upcoming 21 Jump Street movie starring Jonah Hill and Channing Tatum. It may end up being funny and do well at the box office, but it has not been on my radar of must-watches. One thing that would make it interesting would be a Johnny Depp cameo. The idea of a cameo had been acknowledged by Depp who said he’d be open to it, but there have yet to be any serious talks).

Tatum revealed in a recent interview with the LA Times that the filmmakers and stars are actively trying to get Depp for a cameo and said,

“I really hope he does it. It would mean the world to us and I think everyone wants to see him do it. And he’s enough of a madman to do it.”

He goes on to say that the new Jump Street is different from the Fox show and said this about the differences,

“This is more like ‘Back to the Future, you get to go back and relive your high-school life.”

When asked about his character in the film, he says it’s different than you’d expect. “It’s a total reversal. Jonah’s the cool one and I’m the loser.”
The film begins shooting this spring with directors Phil Lord and Chris Miller. The plot centers on a new drug that has run rampant at a high school, and Tatum and Hill are tasked with cutting it off at the source.
Tatum also talked about some of the outrageous moments of the film by saying,

“I’ve never read a script that I’m like, ‘How are they letting us do this? I don’t even mean the censoring board. I’m like, ‘No, I can’t believe they’re going to put this in a movie.’ It’s freaking ridiculous.”

Maybe I need to reconsider, this may end up being pretty funny. I’m a fan of Hill’s humor and work and am hopeful this is better than I am expecting. What are your thoughts on this news and the possibility of a Depp cameo?

Is a Johnny Depp cameo in 21 JUMP STREET a possibility?