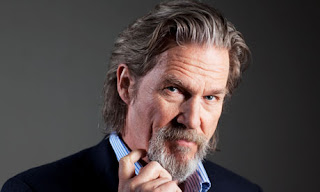 Jeff Bridges has signed on to star in The Last Apprentice to be directed by Sergey Bodrov.

Alex Pettyfer (I Am Number Four) and  Jennifer Lawrence (Winter’s Bone) are in talks to star.

The film is set during the 1700s and follows Tom Ward (Pettyfer, if he signs on), an exorcist-in-training who is able to see and hear ghosts and can smell the presence of death. If Lawrence signs on, she will play the role of a suspected witch. Bodrov directed (Mongol: The Rise of Genghis Khan).
Here’s the synopsis for The Last Apprentice: Revenge of the Witch:

Twelve-year-old Thomas Ward, as the seventh son of a seventh son, has no inheritance and is bored with farm work, and even though his new job will mean the superstitious villagers will forever shun him, he is eager to go off to adventure with the tall, hooded man he calls the Spook. His mother, a magical person herself, approves, and the Spook’s teaching is strict but kind. But when Tom has only learned enough to be able to control their house-boggart, he is tricked by Alice, the young daughter of a witch family, into inadvertently releasing and then killing Mother Malkin, a witch the Spook has imprisoned in a pit. This is no polite wicca-type witch, but a snuffling, slime-trailing, cannibalistic creature reminiscent of Tolkien’s nasgils. The story of Tom’s escape from the reincarnated witch’s hideous revenge is full of horrible details, as Alice helps, and then once again betrays him. This well-crafted novel marks an auspicious start for an exciting and fast series for young teens.[Amazon

This sounds like it could be a cool film and I am loving the cast that is in the works. What are your thoughts of this news?