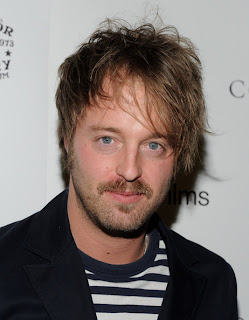 Joshua Leonard (HUMPDAY, BITTER FEAST) has joined the cast of MOTEL LIFE directred by Alan and Gabriel Polsky.
Leonard will star opposite Dakota Fanning, Emile Hirsch and Stephen Dorff in the thriller based on the novel by Willy Vlautin. The story follows a fatal hit-and-run accident and was penned by Micah Fitzerman-Blue and Noah Harpster. Production on the film is already underway.
Leonard just premiered his directorial debut THE LIE at Sundance this year. The film’s about a man who’s stuck working at an unfulfilling job, while he dreams of a career as a musician. Unable to take another day at work he tells a lie that changes everything. We’re told that a distribution deal for the film is just around the corner. He also stars in Vera Farmiga‘s directorial debut HIGHER GROUND which also debuted at Sunance. This is one actor/director to keep an eye on.
What are your thoughts on this news?
Source: The Playlist

Quentin Tarantino's next film to be a spaghetti western; Christoph Waltz, Franco Nero to star