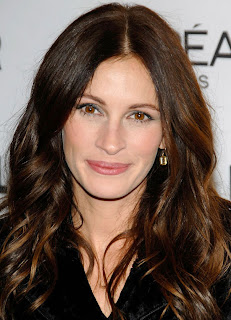 Julia Roberts has been confirmed to star as the Evil Queen in Tarsem Singh‘s 3D Brothers Grimm: Snow White.
This film is going head to head with Universal‘s Snow White And The Huntsman which has a scheduled release date of December 21, 2012. We may see Brothers Grimm in theaters first, word is that production is moving at breakneck speed and could even begin filming next month. This would be a huge jump on the summer start on Huntsman.
The film is starts off with Snow White’s step-mother killing her father forcing her to flee the kingdom only to return with seven contentious dwarves to rightfully regain what is hers. Melisa Wallack (Meet Bill)wrote the script.
There has yet to be any further casting announcements made, but with Roberts signed on, the other cast will come soon. I am not a huge fan of Roberts, but this film may be something that I enjoy.
Share your thoughts below?
Source: The Playlist

Henry Cavill takes you behind the scenes of IMMORTALS