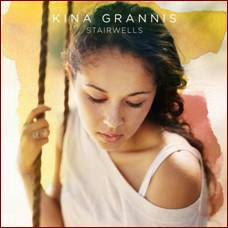 Kina Grannis is set to begin her “World In Front Of Me” North American tour on April 2 at Chicago’s Lincoln Hall. In honor of Valentine’s Day, Kina has teamed up with Buzznet to give fans a free download of her song “Valentine.”  Keep reading for the full details about the giveaway and to see all of her tour dates!
Not only can fans download the free song (available for one week only!) but they can also be entered to win signed posters and CDs by simply tweeting:
Download “Valentine” by @KinaGrannis for free and spread the love!https://bit.ly/freevalentine #freedownload @buzznet AND “liking” Kina’s Facebook: https://j.mp/iaLQBh

The 10 winners will be announced to coincide with the release date of Stairwells redux version on April 5th. Go to https://wevegotyoucovered.buzznet.com/user/journal/7860371/free-download-valentine-kina-grannis/for your free download!

Here is the official press release and tour dates: