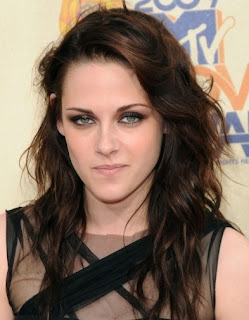 Kristen Stewart has taken herself out of the running for the role of Lois Lane!

Yesterday we revealed a short list of actresses up for the role in Zack Snyder‘s Superman movie. Stewart was on that list, but now a report has surfaced that she’s taken herself out of the running for the part.

Stewart decided against taking a meeting with Snyder and his producer/wife Deborah to talk about the role. Snyder never offered it to her, but he was interested. Stewart ended up passing on it because she wanted to concentrate on working on smaller, independent films. According to the New York Daily news report, Snyder felt “slighted” by the actress and that she “wasted his time.” Which is actually kind of funny.
There are a bunch of possible actresses up for the part, including Rachel McAdams, Mila Kunis, Jessica Biel, Dianna Agron, Malin Akerman, Olivia Wilde, Mary Elizabeth Winstead, Kristen Bell and Lake Bell.
She was not my favorite choice for the part anyway, but I think she would have been better than Agron or Akerman. I called it yesterday, Stewart is not interested in getting involved with another big franchise. She was actually caught off guard by the huge success of Twilight. I am rooting for McAdams. Who would you like to see in the role?