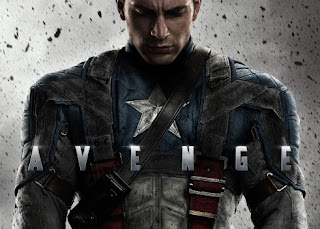 Marvel is already moving forward on a sequel to Joe Johnston‘s Captain America: The First Avenger which is being released July 22. The studio has a lot of faith in the film (as do I), and they believe they have a big hit on their hands. The Super Bowl TV spot got a ton of positive buzz and people are looking forward to seeing it.
The gang over at Latino Review are reporting that Marvel has already hired Stephen McFeely and Christopher Markus to write the script for the sequel. This is the same writing team that wrote the first Captain America.
No information is currently known about what the sequel will be about, but since the first movie takes place during World War II, the sequel will likely be set in the present day. We could very well see a Captain America 2 hit theaters in 2013.
I am very excited about this news. What are your thoughts?

Stephanie Meyer's THE HOST finds a director in Susanna White