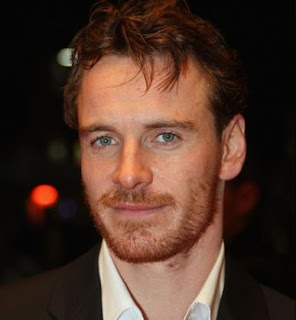 Michael Fassbender had just revealed which character he will be playing in Ridley Scott’s PROMETHEUS in an interview with Entertainment Weekly.

This is some fresh news, so the official details are still developing. It does not seem as if the details he shared about his character is not supposed to be common knowledge yet. Do not read any further if you would rather not know.

Fassbender stated that the”script is really intelligent and has a nice pace to it.” EW then asked about the film’s connection to ALIEN, and he added, “It’s a different story, but it’s also got the traditional roots. Alien fans will recognize things in it. It’s not ignoring Alien, there’s still a link to that world. But it’s a different story. It’s definitely connected, though.”

The interviewer then asked whether he’ll be playing an android in the film. In response he laughed and said, “I don’t know what I can say!” While he said that, he looked down at the reporter’s tape recorder and then nodded affirmatively.
So there you have it. What are your thoughts on this news?

PROMETHEUS arrives in theaters on June 8, 2012.

Napiers NewsCast: Ep. 1 - Oscar predictions, UNKNOWN, I AM NUMBER FOUR and much more