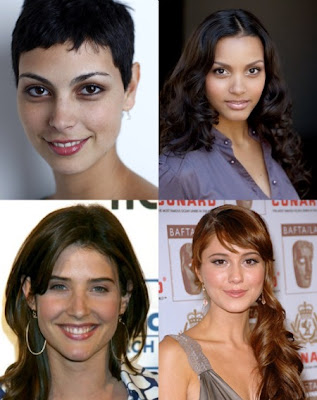 As you know, Samuel L. Jackson announced that Nick Fury would be getting a female sidekick character for Joss Whedon‘s The Avengers. Hours later, a short list of actresses up for the role has been released.
THR reports that Morena Baccarin (V), Jessica Lucas (Cloverfield), Cobie Smulders (How I Met Your Mother) and Mary Elizabeth Winstead (Scott Pilgrim) are in contention for the part. Negotiations are ongoing for their test deals for the character who will play a key member of S.H.I.E.L.D. Speculations have been made, that this might end up being Janet van Dyne a.k.a., the Wasp, but Marvel has not confirmed. I would be fine with either of these actresses in the role.
Whoever is cast in the role will be signing a contract with a nine-picture option. There is also a 30-day hold on the actresses.
What actress would you be most excited to see join The Avengers? Which character do you think it will be?

DUM DUM GIRLS - HE GETS ME HIGH Download & Tour Dates

Banners for THE AVENGERS arrive online