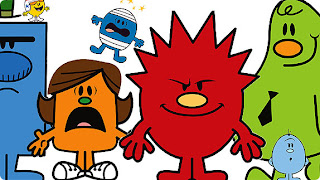 According to THR, the film will be produced under Levy’s Fox-based 21 Laps Entertainment. Neither a writer or director is currently attached to the project.

Staring in 1971, he wrote a total of 48 Mr. Men books and each and each one featured a new character with a dominant trait — such as Mr. Tickle, Mr. Happy, Mr. Greedy and Mr. Nosey. The colorfully drawn characters made the stories famous helping them sell more than 100 million copies worldwide in 28 countries.
The Mr. Men books were made into four animated TV series that aired in the U.S. on the Cartoon Network and in the U.K. on Channel Five in 2008 and 2009.
What are your thoughts of this news?

Release date for THE BEAVER gets pushed back