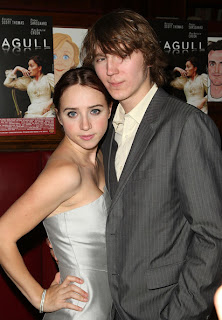 Paul Dano will reunite the actor with his Little Miss Sunshine directors Jonathan Dayton and Valerie Faris in a new film called He Loves Me. The film was written by Dano’s girlfriend Zoe Kazan who’s also set to star.
The story follows a young novelist who achieves success early in his career but begins to face struggles. In a bid to overcome writer’s block, he is told to write the woman he thinks will love him. He winds up willing her into existence. Dano’s character is a tortured soul.
Dano has proved himself with roles in a slew of indie films. I’m hoping his career will blow up and he gets cast in some more powerful lead roles. Kazan starred in a number of projects as well such as The Savages and Revolutionary Road.
What are your thoughts of this news?
Source: LA Times