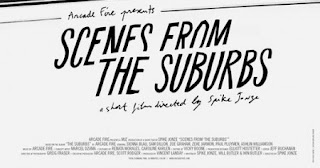 A poster and new details have been released about Spike Jonze‘s Arcade Fire inspired short film, Scenes From the Suburbs.

It serves as a companion piece to his video for “The Suburbs” and is set to screen at the Berlin International Film Festival this month. 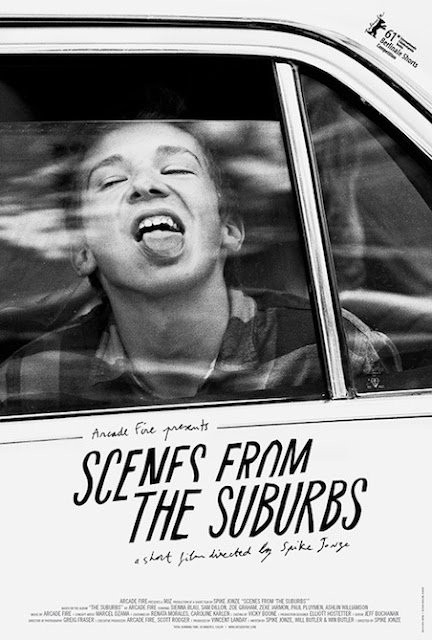 The film is based on Arcade Fire’s latest album, The Suburbs and follows “A group of suburban youths. Back then, in the summer, so long ago. They couldn’t leave town because outside the country was at war and the military controlled life and all gateways. The teenagers wander aimlessly about town. Winter is a long way off. And love and longing and friendship still mean—everything.”
Unless you have a few thousand dollars saved up or live in Berlin, you most likely won’t be able to attend the festival this year. No announcements have been made regarding a U.S. release, but we’ll keep you posted.
Another reason to get excited about the film is that it’s director of photography is Greig Fraser who workd on Bright Star and Let Me In. I enjoy both the Arcade Fire and Jonze so this is a no brainer for me.
Check out the video for “The Suburbs”:
Are you excited about this film?