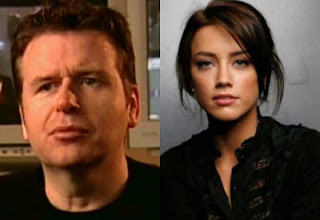 Producer Avi Lerner spoke to Empire and revealed that Red Sonja is alive and kicking and he has a director line up and an actress in mind for the role of the red-haired warrior.

Here is what he had to say:

“We will definitely shoot ‘Red Sonja’ in between Conan and Conan 2. We already chose the director: an English guy called Simon West,”

Simon West does not inspire confidence for me on this project. He has not directed a good film in my opinion since he did Con Air. With the bad news comes some good news, in my opinion. Lerner is looking to cast Amber Heard in the lead. Here’s what he had to say:

“We’re talking to a few girls for the role of Sonja, but we just finished a movie called Drive Angry 3D with Amber Heard, and I want to see her. She’s my favourite for the role.”

Heard has definitely found herself a niche for roles in genre films and Sonja would be a good role for her. I am really looking forward to seeing her in Drive Angry, so this news makes me happy.
Lerner goes on to say:

“Amber is the new ‘Red Sonja’… but she doesn’t know it yet! When you write it she’ll get the shock of her life! She’ll call me and say ‘How dare you talk to Empire before you talk to me?!’”

I did not forget the mention of Conan 2. I personally think that’s jumping the gun when the first one has not been released and looks like crap to me.What are your thoughts of this news? Do you think Simon West is a good director for the film? Do you think that Heard is a good choice for Sonja?

Trailer for The Black Key's HOWLIN FOR YOU