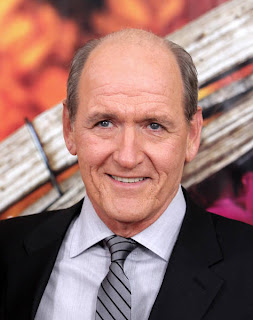 Richard Jenkins has been cast in Andrew Dominik‘s Cogan’s Trade.

The film is about to begin filming and has a stellar cast that includes, Brad Pitt, Sam Rockwell, James Gandolfini and Bella Heathcote.

Variety reports Jenkins has joined the feature adaptation of the pulp crime novel by George V. Higgins. The story follows a “mob enforcer (Pitt) trying to track down the thieves who ripped off a high stakes card game. His character will be a lawyer who shares inside info on the card game. Gandolfini will play an alcoholic hit man who is brought in on the job.
There has been no official confirmation on Casey Affleck‘s involvement, but more announcements will be coming soon with filming starting soon.  Cogan’s Trade is scheduled for a first quarter, 2012 release.
I am super excited about this cast and love Jenkins. He is a great character actor that can easily pull of both serious and comedic roles. I love him in The Visitor.
What are your thoughts on this news?

Dakota Fanning goes on a GIRLS' NIGHT OUT