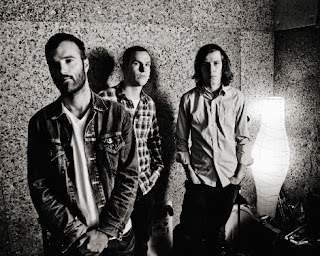 Since the release of their most recent album, Our Circle Is Vicious

, Rise And Fall have been tirelessly touring the world over. The band has shared stages with the likes of Converge, Integrity, Coliseum, The Hope Conspiracy, Ceremony, Have Heart, Shipwreck a.d., and many more of hardcore’s elite artists. This May, Rise And Fall will return to North America to play East Coast shows with Masakari – dates are below.
Four years after the release of their Deathwish debut, Into Oblivion, the band recorded at God City studios by Kurt Ballou (Converge, Disfear) last year and relased Our Circle Is Vicious this past October. This album is Rise And Fall’s rightful return to the throne as the kings of dark, ominous hardcore. From the opening barrage of “Soul Slayer” and “Built On Graves” the evolution of Rise And Fall is absolutely stunning. Heavier and harder than ever, it quickly becomes apparent that every aspect of their musicianship has grown leaps and bounds in recent years. Guitarist Cedric Goetgebuer balances bone shattering heaviness and unorthodox melodies unlike any other musician today. Bringing each song to post-apocalyptic life with an electrifying intensity. All of this is complimented by Bjorn Dossche’s emotional vocal outpouring as it spills across the album with unforgettable realness. Rise And Fall continue this musical battery throughout, however it is when they unleash the dynamic “In Circles” and the epic closer “Knowing” that the true scope of their creative vision sinks its teeth in. Both songs utterly haunting, moving, and unpredictable in their unique twists and turns. Blurring the divisions and dismissing the limitations that exist within much of contemporary heavy music.