Robin rumored to appear in THE DARK KNIGHT RISES 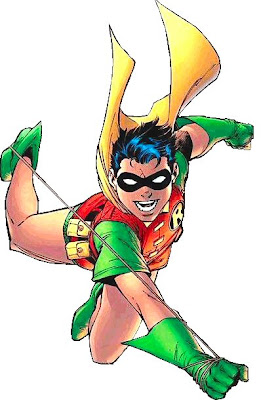 Will Robin be appearing in Christopher Nolan‘s The Dark Knight Rises?

When it was announced that Joseph Gordon-Levitt was going to star in an unspecified role in the film, people began speculating that the role he would play would be the role of Robin?

A new report has come out about the film has revealed that Robin could possibly be included in The Dark Knight Rises. The news comes from a Michigan TV station WILX, here’s what the report said,

According to Eaton County and Grand Ledge officials who didn’t want to be identified due to confidentiality agreements, production crews from “The Dark Knight Rises” scouted locations in Grand Ledge’s Fitzgerald Park last week.

They looked at the Ledges as well as a water treatment plant located inside the park. Sources say the area is being considered as a hideout for Batman sidekick Robin.

This is a bit of interesting news, but one that is definitely not substantiated. For all we know the station has there facts mixed up, the production could be looking for a Batcave location. They could also be scounting locations for a hideout for one of the other villains in the film.
We’ll find out soon enough if this is true. I think it would be cool if Robin were in the film and it would be even cooler if Joseph Gordon-Levitt played the character. It does seem odd to think that Nolan would introduce a new character like Robin in his final Batman film. What are your thoughts of this news?
What do you all think of this possibility?
Source: AICN

Robin rumored to appear in THE DARK KNIGHT RISES