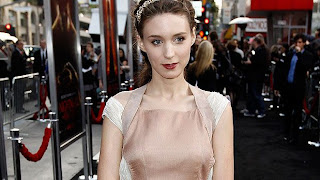 Rooney Mara has been cast in the drama Emanuel and the Truth About Fishes.

Mara had a small  but important role in The Social Network, but her breatkout role is set to be David Fincher‘s The Girl With The Dragon Tattoo, which is currently filming.

This role reunites her with Francesca Gregorini who directed her in Tanner Hall. The story focuses on a young, troubled woman who becomes obsessed with her mysterious new neighbor that looks uncannily like her dead mother.
The film will start shooting this summer. Paul Schiff is producing under his Paul Schiff Productions banner. Kevin Iwashina of Preferred Content will serve as executive producer.
I’m very excited to see The Girl With The Dragon Tattoo. It’s great that her high profile casting will allow other films like Tanner Hall (recently picked up by Anchor Bay) to be seen.
What are your thoughts of this news?
Source: The Playlist