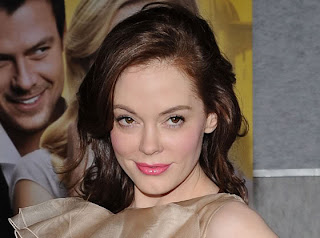 Rose McGowan is set to star in the upcoming thriller Rosewood Lane from director Victor Salva (Jeepers Creepers).
McGowan will star as a radio talk show therapist who returns to her hometown after the death of her alcoholic father. She soon discovers that the entire town is being terrorized by a local paperboy.
After Rosewood Lane, Salva plans to make a third installment in the Jeepers Creepers fanchise.
What are your thoughts of this news?
From the Creator of “Jeepers Creepers” A New Nightmare, “Rosewood Lane”

Rose McGowan (Conan the Barbarian, Planet Terror) joins famed thriller film director Victor Salva (Jeepers Creepers, Powder) in Rosewood Lane as he goes back to his roots creating a new nightmare every bit as original as his “Jeepers Creepers” franchise.

The story follows McGowan as she plays Doctor Sonny Blake, a radio talk show psychiatrist, when she moves back to her childhood home after her alcoholic father dies.  Once back in her old neighborhood she discovers the local paperboy is a frightening and cunning young sociopath that targeted her father and now targets her. When the boy starts calling her show and recites eerie nursery rhymes, an unnerving game of cat-and-mouse begins.  When the game escalates, she suddenly finds herself in a terrifying all out war, one that forces her to redefine her ideas of good and evil, and has her fighting to stay alive.

Victor Salva, Director of Jeepers Creepers tells of the film, “Rosewood Lane has been a pet project of mine for years now and what I have always regarded as one of my most terrifying stories. To see it finally come to life, is wonderful.”

Rosewood Lane is financed by Voltage Pictures and produced by Emmy Award winner Phillip B. Goldfine (True Justice, Driven to Kill).  The film will be Executive Produced by Bryan Sexton (Escapee, The Traveler) and Benjamin F. Sacks (True Justice, Born To Raise Hell) under the Hollywood Media Bridge shingle.  Don Fauntleroy (Light Speed, Once Upon A time In the Hood) has been tapped as Director of Photography and will also produce.

Producer Goldfine said of the film, “Rose (McGowan) fully embodies the lead character (Sonny), and with her strong cult following I can see audiences as they enjoy watching the horrific experiences her character goes through.”

Nicolas Chartier and Nadine de Barros of Voltage Pictures will be representing the international rights in Berlin.  McGowan is repped by the Gersh Agency and Media Talent Group.

Founded in 2005, Voltage Pictures is an international finance, sales & production operation created by veteran sales agent and Academy Award winner Nicolas Chartier and producer Dean Devlin.
Stay up to date on the film by checking out the official website https://www.rosewoodlanemovie.com and following the official Twitter: https://twitter.com/rosewoodlane

BACK TO THE FUTURE user created levels in LITTLE BIG PLANET