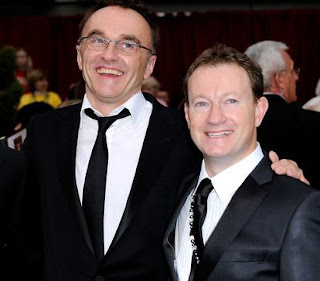 Director Danny Boyle and scribe Simon Beaufoy are likely to reteam for the third time with an adaptation of the Toby Barlow piece, Sharp Teeth. Beaufoy has worked with Boyle on Slumdog Millionaire and 127 Hours.

Beaufoy revealed the news in an interview with BBC America and stated that “if I write it well enough, he’ll (Boyle) direct it.”
This project will not likely be moving forward for a bit, he is currently in the middle of the Frankenstein stage production in London, and will also be the artistic director for London’s Olympic opening ceremony in 2012. If this were to move forward, it would not be until after the Summer Olympics in 2012.
The project sounds pretty cool. It will be based on a comedic horror poetry piece involving gangs and werewolves, making it a nice departure from Boyle’s recent work. I am a huge fan of Slumdog Millionaire and enjoyed 127 Hours so this sounds so I’m interested in seeing this time back together.
Check out the novel’s synopsis below:

“An ancient race of lycanthropes has survived to the present day, and its numbers are growing as the initiated convince L.A.’s down and out to join their pack. Paying no heed to moons, full or otherwise, they change from human to canine at will—and they’re bent on domination at any cost.

Caught in the middle are Anthony, a kind-hearted, besotted dogcatcher, and the girl he loves, a female werewolf who has abandoned her pack. Anthony has no idea that she’s more than she seems, and she wants to keep it that way. But her efforts to protect her secret lead to murderous results.”

PJ Harvey - "Written On The Forehead"