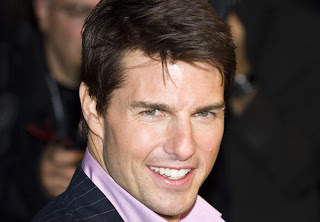 Guillermo del Toro has wanted Tom Cruise to star in At the Mountains of Madness for awhile now. The Studio has wanted James McAvoy. It looks like Del Toro may get his way because Crusie wants to do it and a deal is currently in the works.
The producer of the film, James Cameron spoke with MTV regarding Cruise’s involvement in the film. Here’s what he had to say,

Tom does want to do the picture… I don’t think we have a deal with him yet, but we’re hoping to get that closed soon. Guillermo is madly working on a new draft of the script. Hopefully we’ll be shooting by June or July.

The project has yet to get a green light from the studio, but with the star power involved that should happen soon. The film is a budget hard ‘R’ H.P. Lovecraft movie, and the studio has been little apprehensive on pushing it forward afraid that they might lose some money. Filming has been planned to start this summer, so let’s hope the deals get finalized.
I am a huge fan of Tom Cruise, even when he makes a bad film it’s good in my opinion. Del Toro is a great director and with Cameron involved as producer, this is poised to be a major box office success.
The story is written in the first-person by the geologist William Dyer, a professor from Miskatonic University. He writes to disclose hitherto unknown and closely kept secrets in the hope that he can deter a planned and much publicized scientific expedition to Antarctica. On a previous expedition there, a party of scholars from Miskatonic University, led by Dyer, discovered fantastic and horrific ruins and a dangerous secret beyond a range of mountains taller than the Himalayas.
Who do you think of the news of Cruise being involved?