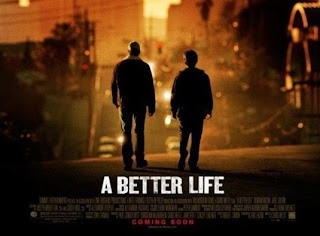 Here is the first trailer for Chris Weitz‘s A Better Life, which is set for release on June 24 from Summit Entertainment.

The project dealing with migrant workers has been in development for years, but came together fast after writer Eric Eason joined the project. Weitz had this to say about the film:

“It’s a story about a Mexican immigrant, a very hard-working man, and the threats to his livelihood and his life.”

The film looks at “the relationship between illegal immigrant Carlos Galindo (Mexican actor Demián Bichir) and his teenage son, Luis (José Julián). When Carlos’ truck is stolen, the father is powerless to turn to law enforcement, but the crisis brings him closer to his potentially wayward son. Weitz shot the film in about 70 Southern California locations, employing any number of Latino crew members for a movie that contains a significant amount of Spanish dialogue.”

Check out the trailer and share your thoughts!
Source: LA Times

TV on the Radio's new track "Will Do"