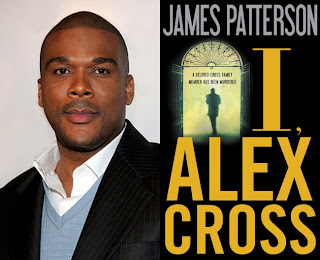 Can Tyler Perry fill Moran Freeman‘s shoes as Alex Cross in a reboot of the franchise? Keep reading for all of the details and my thoughts on the news.

Tyler Perry is set to star in an adaptation of the James Patterson novel I, Alex Cross to be directed by Rob Cohen which is planned as a trilogy. The film will serve as a reboot of the mystery series that starred Morgan Freeman as the detective/psychologist based in D.C.

The project is close to getting a distribution deal. It will likely be grabbed up by Paramount, the distributor of Kiss the Girls and Along Came A Spider. Perry has a great relationship with Lionsgate, so they may be interested. steps up, especially since the studio collects a distribution fee on pictures that Perry owns.
The project was initially designed as a vehicle for actor Idris Elba, who was going to play the character in the novel Cross, with David Twohy helming. This project with Perry in the lead only recently came into the forefront. Perry’s films have a strong female following where as the Cross mysteries are action mystery appealing to a male viewing audience. Star Trek was the only film that Perry starred int that he did not direct, making this a radical departure for Perry.
The choice for Rob Cohen as the director is also an interesting one. He has launched both the XxX and The Fast and the Furious franchises. So a mystery film is a slight departure for Cohen. I would much rather see Elba in this role, he is a much more accomplished actor in my opinion. It will be interesting to see if Perry can break out from his more comedic roles of past.