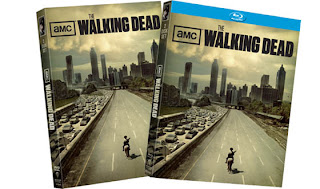 Glen Mazzara has been hired as a writing executive producer on AMC’s The Walking Dead.
He will serve as the number 2 in command to creator/ executive producer/ director Frank Darabont for the  upcoming second season. Mazzara is currently in the process of putting together a staff of about 5 writers.