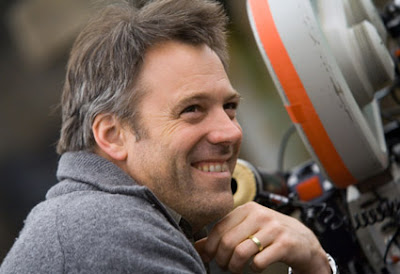 The big question surrounding Anne Hathaway‘s involvement in The Dark Knight Rises is if she will be playing Catwoman in addition to starring as Selina Kyle.
In a recent interview on the Kevin and Josh Movie Show Wall Pfister, Christopher Nolan’s cinematographer, answered a few questions from Bleeding Cool writer Brendon Connelly. The comments hint that we will, indeed, see Anne Hathaway as Catwoman next summer in The Dark Knight Rises (instead of just appearing as Selina Kyle).

Here is what Pfister said when asked how she did during the Catwoman screentest,

“Yeah.. She’s phenomenal. This is something she wanted and wanted to show Chris, ‘I’m the one for this job’ and she did an incredible job… and she looked phenomenal in the wardrobe. It’s going to be amazing with her.”

Connelly attempted to clarify that the test actually involved Catwoman and not just Selina Kyle, but he was unable to achieve confirmation.

“I’ll get fired and I won’t even get to shoot the picture!” Pfister laughed, “I can’t really [say], but I definitely want to be around next year.”

Pfister discussed a number of various rumors that have been circulating the web lately. He dismissed the idea that any the production would take place in New Orleans and also commented on the recent internet rumor that Robin Williams would be joining the cast in the part of Hugo Strange.

“I haven’t even heard that,” he said, genuinely surprise, “Look, they have to keep a lot of secrets from me anyway… I don’t really know. They can turn around and surprise me, too. When I saw the list of girls that we were going to be screen-testing before they cast Anne, I didn’t know myself who was real and who wasn’t until about two days before the test…”

Click here to listen to the full audio interview and be sure to share your thoughts on this news!

Russell Brand To Star In RENTAGHOST For Warner Bros.