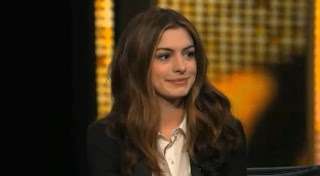 Anne Hathaway has confirmed that Catwoman will also be in Christopher Nolan’s upcoming THE DARK KNIGHT RISES.
When she was cast as Selina Kyle everyone pretty much just assumed that this meant Catwoman would also be in the film as well. It has not been confirmed officially until Hathaway appeared on Oprah today. Hathaway said she was waiting to hear back to see if she had been cast as ‘Catwoman.’ Check out the interview for yourself to see. Share your thoughts below: