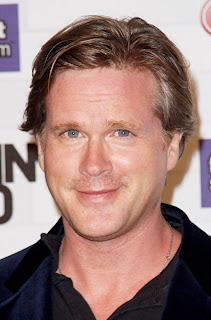 Wonder Woman has gained another new cast member this week. Cary Elwes (THE PRINCESS BRIDE) is set to star in the upcoming pilot for NBC TV series being developed by David E. Kelly. He will star along side Adrienne Palicki who was already cast in the title role. Palicki is set to star as Wonder Woman/Diana Themyscira/Diana Price, “a successful corporate executive working to balance all of the elements in her complicated life.”

Deadline reports that “Elwes will play Henry Detmer, the acting CEO of Themyscira Industries who is deeply devoted to Diana. He runs the day to day operations of the company and acts like an Uncle to Diana although he could be a possible love interest down the line.”

I think that Elwes is a great addition to the cast. What are your thoughts on the news?

A.R. Rahman’s "If I Rise" video featuring Dido from 127 HOURS