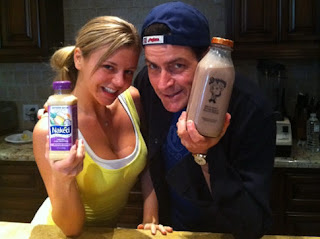 Everyone has been following the drama surrounding Charlie Sheen and Two and a Half Men as it has unfolded. There have been plenty of people that have come out in support of Sheen and others that think he is a lunatic. Warner Bros. TV has made an official announcement about Sheen’s role int he long-running sitcom. Keep reading for all the details.
The Network just announced that Charlie Sheen has been fired from the CBS sitcom. Here’s what they said in a statement:

After careful consideration, Warner Bros. Television has terminated Charlie Sheen’s services on Two and a Half Men effective immediately.

I do not watch Two and Half Men and really never liked it. In my defense, I hate sitcoms that use live audiences and or laugh tracks. I think that Sheen is a good actor and I wish him well and hope he makes a comeback. I always have rooted for the underdog and love a comeback story.

What are your thoughts on this news? Be sure to check out my list of Top Ten Charlie Sheen movies.
Source: ComingSoon