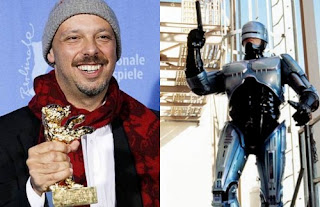 Jose Padilha is currently in negotiations with MGM to direct the ROBOCOP reboot.
Padilha has had major success in his home country of Brazil with ELITE SQUAD and ELITE SQUAD 2: THE ENEMY WITHIN. The sequel raked in over $60 million. The original ROBOCOP was directed in 1987 by Paul Verhoeven and starred Peter Weller. The story followed a cyborg cop killing and arresting criminals in the crime-ridden city of Detroit.

Director Darren Aronofsky had been attached to direct until MGM halted all film productions due to bankruptcy. I am extremely happy that Aronofsky didn’t because it freed him up to direct the WOLVERINE sequel.