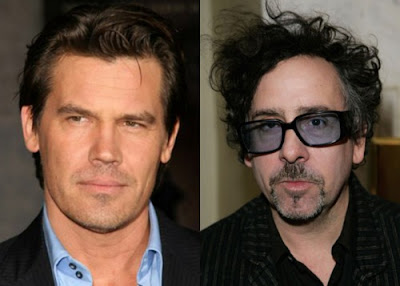 Josh Brolin is set to star in THE HUNCHBACK OF NOTRE DAME. Tim Burton is being courted to direct.
The project is being developed at Warner Bros.and is being written by Kieran and Michele Mulroney, who wrote the upcoming SHERLOCK HOLMES sequel.

The film will be an adaptation of the 1831 novel by Victor Hugo, which tells the story of “Quasimodo, a deformed and hunchbacked bell-ringer of the Norte Dame cathedral who tragically falls in love with beautiful gypsy named Esmerelda.”
It was first adapted for the screen in 1905’s ESMERALDA, and was again brought to the screen in two 1997 films, Disney’s animated movie and an action-heavy pic starring Mandy Patinkin and Salma Hayek.
This sounds like the perfect project for Burton’s sensibilities. The project is being spearheaded by Brolin, who is also producing. Burton is busy working on DARK SHADOWS for Warners, and is only interested if the script turns out well.
What are your thoughts?