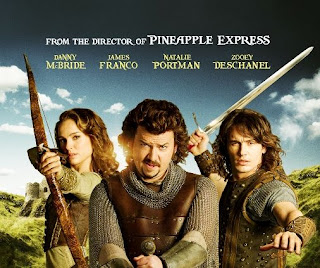 It tells the story of an arrogant, lazy prince played by McBride who must complete a quest to save his father’s kingdom. Franco plays his heroic brother, Zooey Deschanel his bride, and Portman is a warrior princess who is a love interest for McBride, which makes absolutely no sense, but we have to remember this is only a movie.

The film is set to be released on April 8, 2011.
Source: CollegeHumor