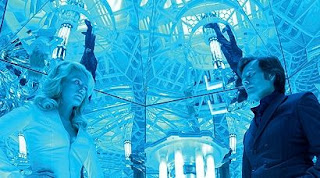 Here is a new image from Matthew Vaughn’s upcoming X-MEN: FIRST CLASS. The image features Kevin Bacon in the role of villain Sebastian Shaw, along with January Jones who plays Emma Frost. Check out the full image below and share your thoughts! They appear to be in a room of mirrors, which is likely part of the Hellfire Club. Are you looking forward to this movie? Click the image to see the full size version: 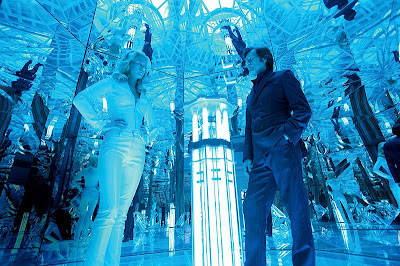 X-MEN FIRST CLASS charts the epic beginning of the X-Men saga, and reveals a secret history of famous global events. Before mutants had revealed themselves to the world, and before Charles Xavier and Erik Lehnsherr took the names Professor X and Magneto, they were two young men discovering their powers for the first time. Not archenemies, they were instead at first the closest of friends, working together with other Mutants (some familiar, some new), to prevent nuclear Armageddon. In the process, a grave rift between them opened, which began the eternal war between Magneto’s Brotherhood and Professor X’s X-Men.

The films also stars James McAvoy, Michael Fassbender, Rose Byrne, and Oliver Platt. If you haven’t watched the trailer yet, then check it out here!