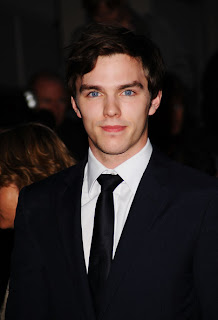 Nicholas Hoult continues to land some amazing roles, he’s starring in X-MEN FIRST CLASS and the upcoming JACK THE GIANT KILLER. Now, he’s been cast in Summit’s WARM BODIES.
The film is slated to start production this summer and will be directed by Jonathan Levin. It is said to have a similiar tone to TWILIGHT meets SHAUN OF THE DEAD and follows an “existentially-tormented zombie named R that begins an unlikely friendship with the human girlfriend of one of his victims. The blossoming relationship starts a chain reaction that will transform him, his fellow zombies and maybe the whole lifeless world.”

It is based on a soon to be written book by Isaac Marion being published by Atria Books, a division of Simon and Schuster.The film is being produced by Bruna Papanadrea through her Make Movies banner and executive produced by Laurie Webb and Cori Shepherd Stern.