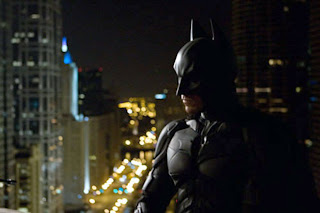 Here are some MAJOR spoilers for Christopher Nolan’s The Dark Knight Rises. I did not read anything posted here because I want to wait for the release. Some of you may not care so feel free to read on. All I do know is that it confirms earlier speculation about Catwoman’s role in the story.

So just to put it out there in big bold letters… SPOILER ALERT!

The news comes from a “trusted source.” So at this point there’s still no confirmation that any of this is true, but here it is.

As she herself confirmed, Anne Hathaway will be Catwoman in the movie. I can’t tell you what role she has in the beginning, but by the end of the story Catwoman isn’t a villain but rather an ally of Batman. And who are they teaming up to take out?

The League of Shadows.

Headed by Talia Al’Ghul. With Bane, who is her muscle/possible love interest. And with Joseph Gordon-Levitt in tow. Is he playing Black Mask? My source didn’t know, but did know that Levitt is certainly an antagonist and involved with the League of Shadows.