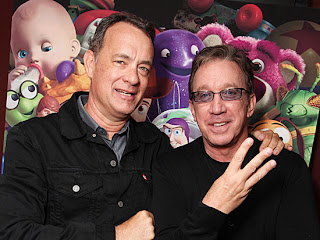 Tom Hanks and Tim Allen have been confirmed by Walt Disney Pictures to star in the big screen adaptation of Disney’s theme park ride JUNGLE CRUISE. If you are not familiar with the ride, it’s one of the classic rides at Disney. Visitors travel the rivers of the jungle guided by a riverboat skipper and encountering wild animals as they cruise.

Here is the official statement from Disney:

“The Walt Disney Studios is excited to be in development with Mandeville Films and writer Roger S.H. Schulman on a feature film based on the Jungle Cruise, one of the most iconic attractions in Disney theme park history. The film will pair up Tim Allen and Tom Hanks in their first live-action project, after their previous collaborations in the Toy Story trilogy.‬”

JUNGLE CRUISE will be produced by Mandeville’s David Hoberman and Todd Lieberman.

THAT THING YOU DO Blu-ray Review