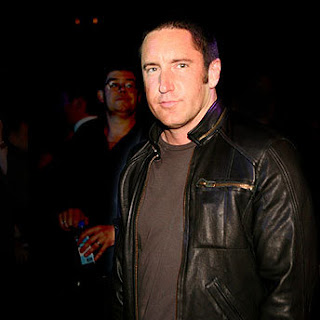 Trent Reznor responded to rumors that he is scoring and starring in the upcoming ABRAHAM LINCOLN: VAMPIRE HUNTER from Timur Bekmambetov. I love his Oscar winning score for THE SOCIAL NETWORK and am excited to hear his score for David Fincher’s THE GIRL WITH THE DRAGON TATTOO. Keep reading to see what Reznor had to say!

Last week we reported that Reznor is set to not only score, but also star Reznor responded today to the reports via the NIN Forums. He also talks about his upcoming score for Fincher’s new film and the new How To Destroy Angels NIN record. Read the full post below:

What a surreal week, capping of an equally surreal few months! Thank you all for the support and kind words throughout. I need to once again point out the reason that score worked so well was David Fincher. We were simply executing his vision and it was an honor and an eduction working with him. Which brings me to:

The Girl WIth the Dragon Tattoo. Atticus and I are hard at work scoring David’s next film, which will be opening this Christmas. We’ve been composing quite a bit of music for this and have just begun to see some of what’s been shot. Trust me when I say this film (and of course the music!) will not disappoint.

Perhaps I misspoke on the red carpet or wherever it was I said the new How To Destroy Angels record is finished – it is not. We’ve been working since last summer on it and are due to mix it this summer for a fall release. We’ve spent a lot of time experimenting and finding our own sound and identity this time around and we’re very happy with the results. The three columns of things I’m currently funneling music into – HTDA, NIN and film work – I believe will start to make more sense to you (and me) as everything unfolds. By having a few different outlets for my work I’m finding more inspiration within each one. No, Nine Inch Nails is not dead and I plan to focus on that next.

And finally, I am friends with Timur Bekmambetov. He’s an interesting and very talented director that caught my attention with his film Night Watch (check it out if you haven’t). He asked me if I was interested in scoring his new film he’s doing with Tim Burton entitled “Abraham Lincoln: Vampire Hunter”. I was familiar with the book, read the script and it felt like an interesting challenge as a composer – very different from the Fincher films. While discussing the film with Timur he started gently pressing me to play a small role in the film. The idea was a cameo-esque role that would be kept under wraps and be a surprise around opening night. I was considering this when I awoke a few days ago to the news I am now STARRING in ALVH (which is obviously not true). Fuck. We both apparently forgot the internet existed AND THERE ARE NO SURPRISES anymore.

So… do me a favor and act surprised, OK?

What are your thoughts on this news? Are you as excited as I am?
Source: NIN Forum