The list of things that I DO like about flying is significantly shorter, but what easily tops the list is the feeling I get settling into a long haul flight with either my personal electronic device or (if I’m lucky) the airline’s own entertainment unit stored in the seat in front’s headrest, and tucking into a nice juicy movie. There’s something comforting and intimate about plugging my headphones in and hitting play, that no amount of baby crying or seat kicking action can upset me. That being said, there are some movies no matter how much you love them or how desperate you’ve been to see them, that are just not suitable for viewing at 35,000ft. Whether it’s a scene involving a plane hijacking, a crash, or just your average ‘killer snakes running loose in the cabin’ type situation, you just don’t want to remind yourself (or your unsuspecting fellow passengers) of any perilous flight possibilities (as unlikely as they might seem).

With that in mind we’ve done the hard work for you and pulled together a list of films that we would advise it’s best to avoid during air travel. Having made that statement, no doubt we’ve just gone and boosted DVD sales for all the following titles…! 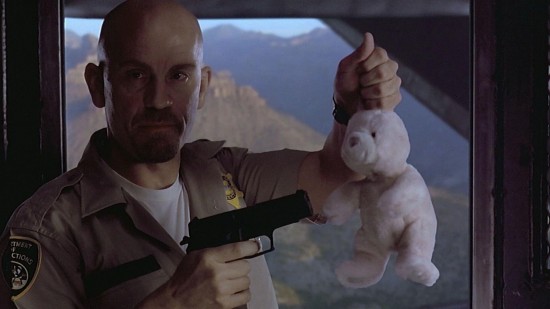 Ok, so you’re perhaps unlikely to be on board a flight carrying multiple felons (including those with life and death sentences to serve!), multiple firearms and a very angry bald man anytime soon, but in the unlikely event that you are, keep quiet and be cool. If they give you the chance to vacate the plane during a stop in Carson City, take it. Not only does this thriller from the late 90s depict a worryingly easy plane hijacking, it also features an impressive crash landing on the Las Vegas strip. I suppose there are worse places to make an unexpected stop! 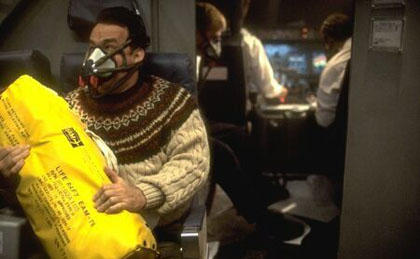 Talking of Las Vegas and ‘worse places to make an unexpected stop’, you might figure that a beautiful desert island in the Pacific Ocean might be a decent place to end up, but as Tom Hanks discovered in Golden Globe performance winning style, if you’re the only survivor it ain’t much fun. If your flight hits some serious turbulence and you start to lose altitude make sure you keep hold of an important inanimate object – it will be your best friend for the next 4 years.

Airlines are usually very strict about the kinds of animals that are permitted in an aeroplane cabin but obviously the flight attendants weren’t really doing their jobs in the 2006 thriller Snakes on a Plane. A simple premise; passengers on a flight are unwittingly sprayed with a pheromone that makes snakes very aggressive, then lots of venomous snakes are released in the aeroplane cabin. Many gory deaths ensue. The official movie tagline is “Airline food ain’t what you gotta worry about.” 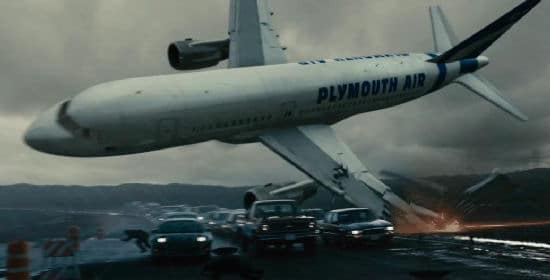 An unassuming, run-of-the mill action film starring Nick Cage (isn’t he in like every movie now?) features one of the most brutal plane crashes in movie history. ‘The Cage’ witnesses a horrific crash at first hand, and despite his valiant attempts to save the passengers, the devastation (featuring multiple scream-y, fiery deaths) is total. 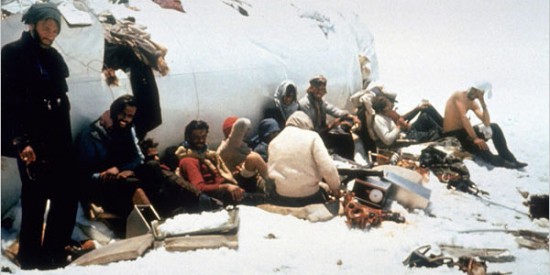 Based on a true story (which makes it all the more harrowing), Alive tells the tale of a plane crash involving the Uruguayan rugby team in the Andes Mountains in 1973. While surviving the plane crash itself was a miracle alone, the real struggle begins when the remaining survivors realise that any help or rescue attempt for them is not forthcoming. In a desperate attempt to survive, the remaining survivors resort to cannibalism of the deceased passengers. Following a 12 day trek through the Andes, the 16 remaining survivors are finally rescued and are fortunate enough to be able to tell this sad story to the world. 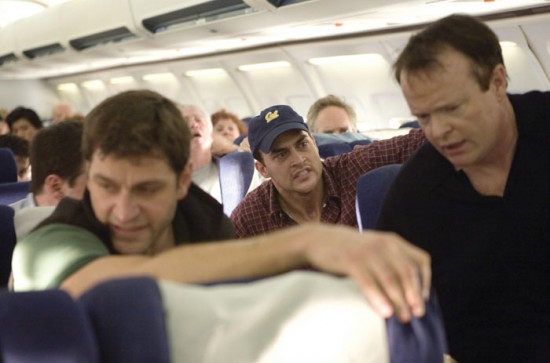 Paul Greengrass took on the unenviable task of chronicling the events of the September 11th US terrorist attacks, opting to focus on the United Airlines Flight 93. The flight was hijacked by terrorists intending to crash the plane into a significant US monument, but the courage and spirit of the passengers on board prevailed, when their fight back caused the plane to crash in an empty field in Pennsylvania. The passengers would have known that their own survival was unlikely, but they still did all in their power to stop the hijackers from taking any further lives.

Do you ever worry about who you might be sat next to on a long haul flight? Have some sympathy then for Rachel McAdams who ended up next to psychotic killer Cillian Murphy in 2005’s Red Eye, directed by horror legend Wes Craven. McAdams’ character gets embroiled in an assassination plot which puts herself and her own father at risk, with Murphy’s character stopping at nothing to get what he wants. That crying baby sat next to you on your last flight wasn’t so bad then, huh? 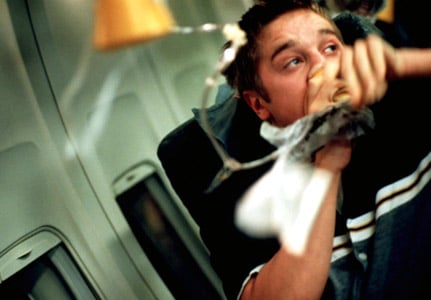 The teen horror Final Destination series might now be running into its 5th sequel (and subsequently becoming a parody of itself!) with no signs of letting up, but the original film in 2000 is still well regarded in horror circles. Lead character Alex Browning has a horrific premonition that he and his friends will die in a plane crash, causing them not to take the flight altogether. When the plane does indeed explode in mid-air, Alex and his friends have cheated death, and death wants his revenge.

This article was written by Simon Goddard of Just The Flight. We are a flight booking service to destinations worldwide including New York City. Visit us at www.justtheflight.co.uk